About two years ago I finished a project I’d been working on for a while — a CD lamp. I think it turned out pretty well: 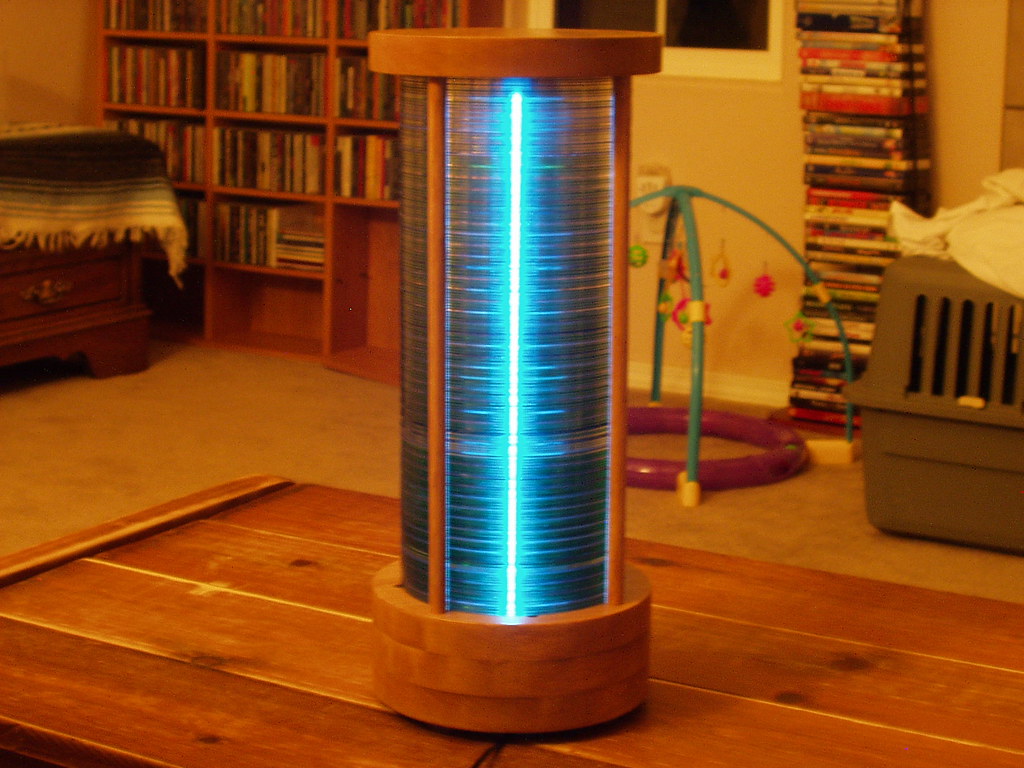 It’s garnered a fair amount of attention, and I’ve planned on making another one someday — especially since I didn’t capture any of the construction process when I made it.

Thanks to a recent post on Lifehacker, I’ve had a “slight” increase in the number of people who’ve seen the lamp.

Looks like it’s time to dig out the materials and build another lamp, with full documentation this time. I’m hoping to be able to create a set of plans in SketchUp that I can distribute to others who might want to make the lamp. The first one took me a couple of months, but most of that was trying countless different ways to hold all of the CDs. Now that I’ve done it once, I’ll be able to measure what I’ve already made and have a head start.

You May Also Enjoy

Identity Theft, And The Crooks May Be In Our Own Backyard

I’ve been trying to set up a development environment for working on NodeJS source, with little luck.

Follow this simple example to get started analyzing real-world data with Hive and Hadoop.

Follow this simple example to get started analyzing real-world data with Apache Pig and Hadoop.